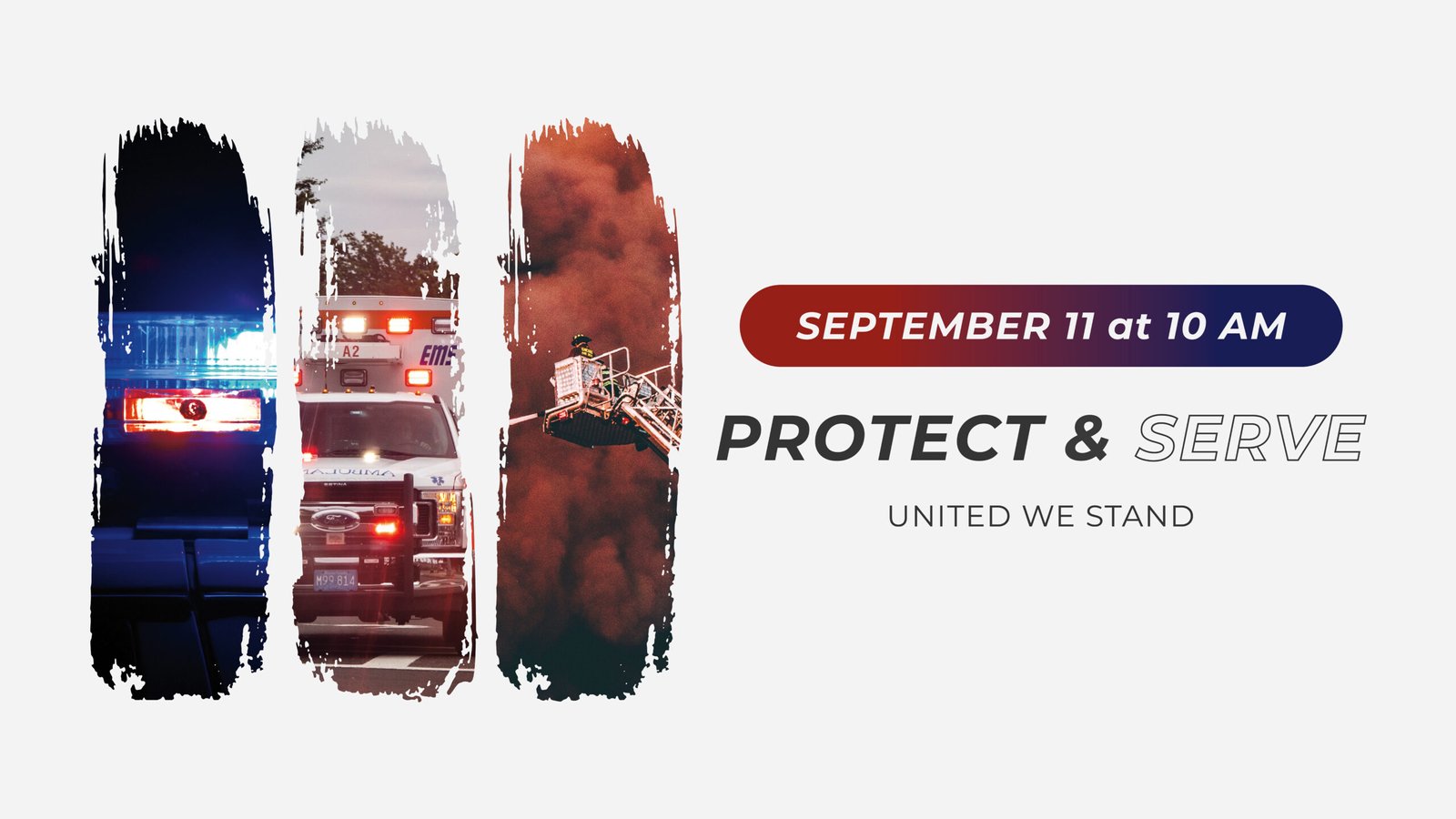 On September 11, 2002, our nation was viciously attacked by terrorists. On that fateful day many Americans, as well as immigrants from other countries, lost their lives. In addition to those killed in the attacks, many brave policemen and firefighters, along with other public servants, lost their lives in the line of duty. Since that day, many men and women in the military have died on foreign soil defending our country and its freedom.

New Testament Baptist Church invites you to join us for PROTECT AND SERVE on September 11 at 10 AM at Hanford Civic Auditorium. Protect and Serve is a day we set aside to honor those who sacrifice to protect and serve our community. On this day, we want to remember the events of September 11, 2001. Freedom will always prevail when we stand together. Join us for this special day and stand with us in remembrance and gratitude.

YOU ARE OUR
HONORED GUESTS

GIFT TO EVERY
SPECIAL GUEST